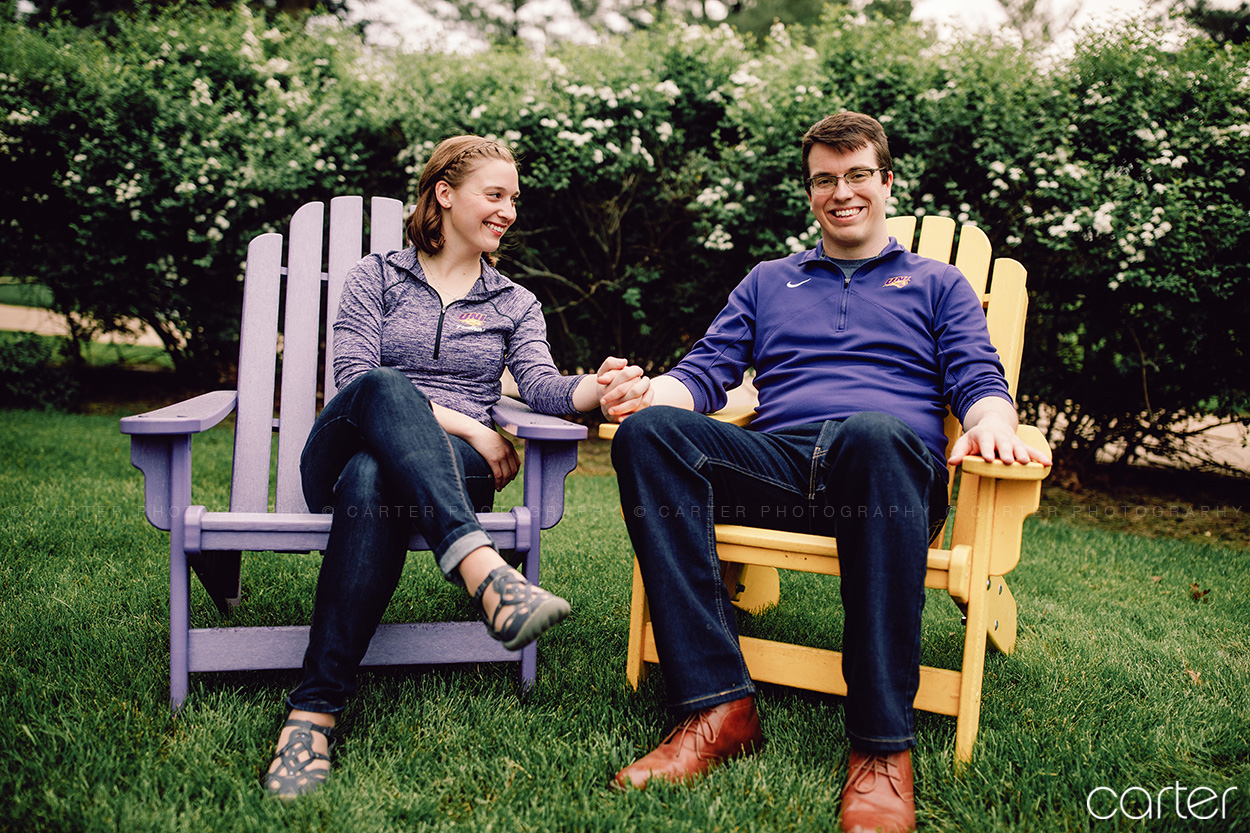 Aaron and Alyssa’s engagement session on the campus of UNI kept us all on our toes throughout the night! My first ever visit to UNI’s campus was pretty comical, really. 🙂 First, Aaron has a stain on one of the few visible parts of his white dress shirt. The plan was to shoot in the Gallagher Bluedorn Performing Arts Center to represent their mutual passion for music, but there were students building a set on the stage there, so we were relegated to Davis Hall (I believe), which was far less inspiring . . . if we’re honest! At least there were pianos in there that we could play around with . . . except the keylids were all locked! Then, a completely unsuspected thunderstorm rolls through the area, blackening the skies, so we gave the main auditorium of Gallagher another shot. Hurray! It was dark and we had the space to ourselves! So we shot in there for 45 minutes or so, while the storm passed through the area. Then we literally ran around campus in the wee hours of daylight to capture what we could with the natural light that was still left in the still cloudy skies. It was quite an adventure, and Aaron and Alyssa were so chill throughout the day! I’m proud of the photos that we were able to create together, especially considering the circumstances that were before us! 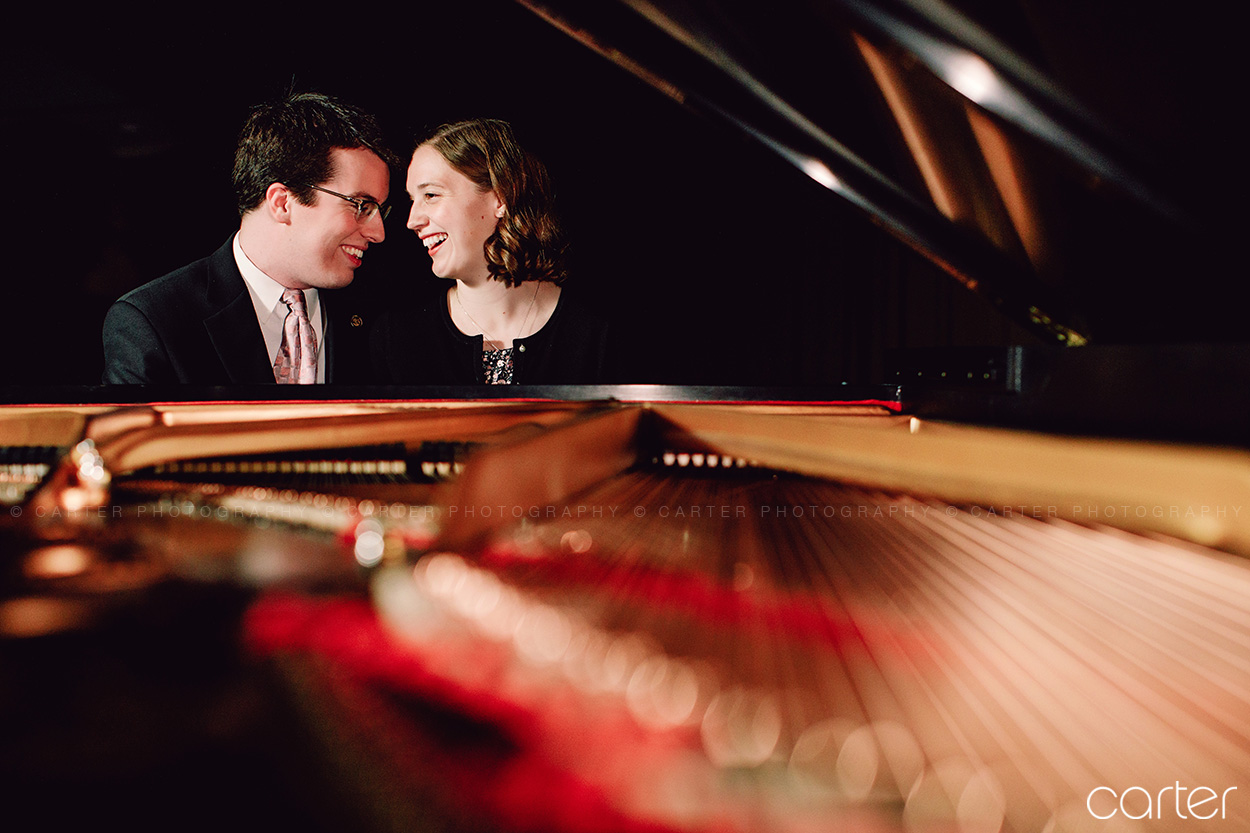 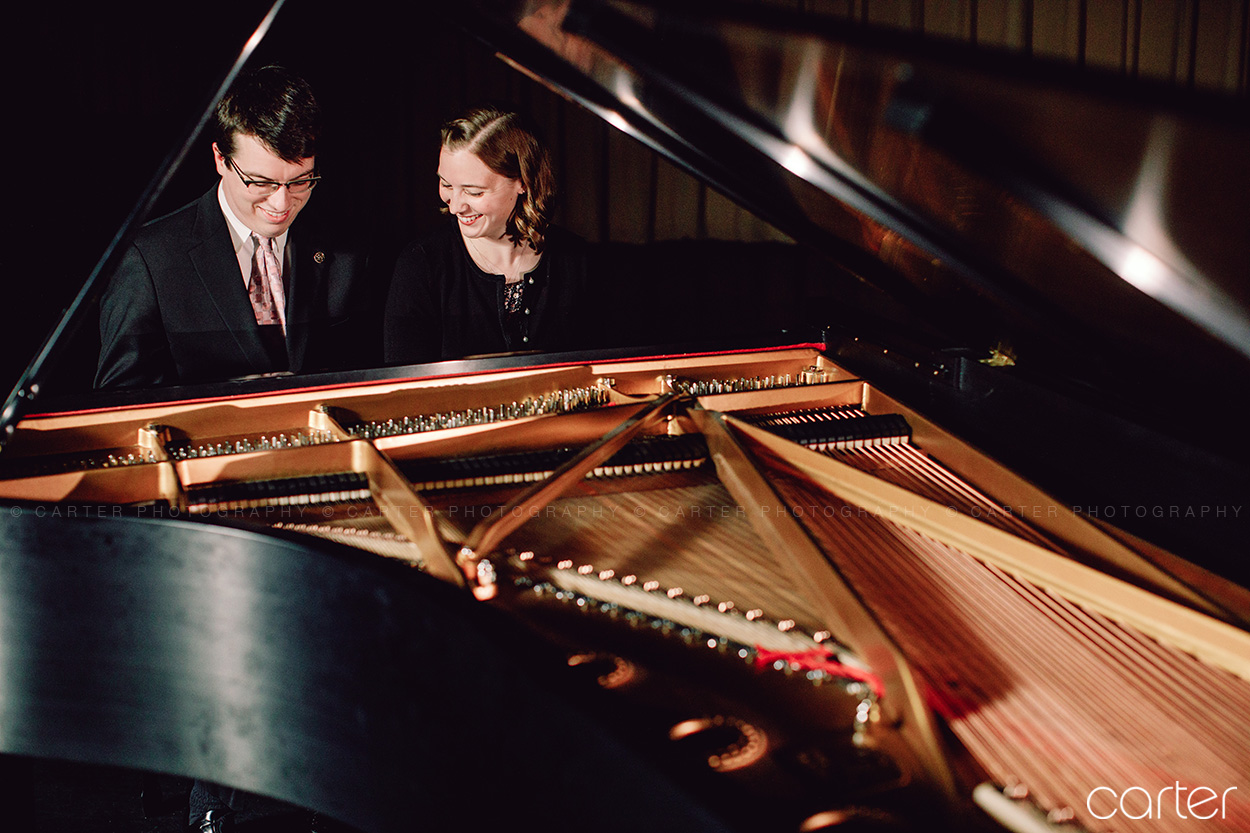 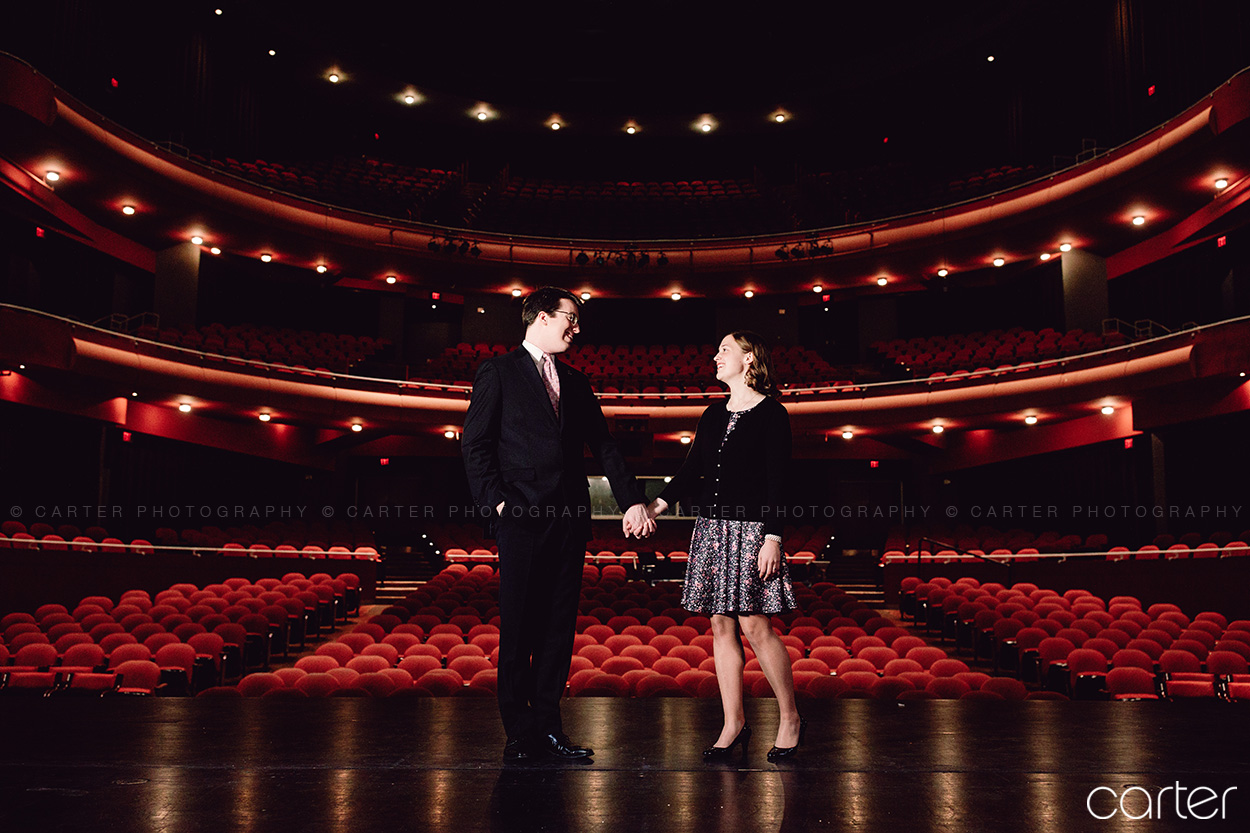 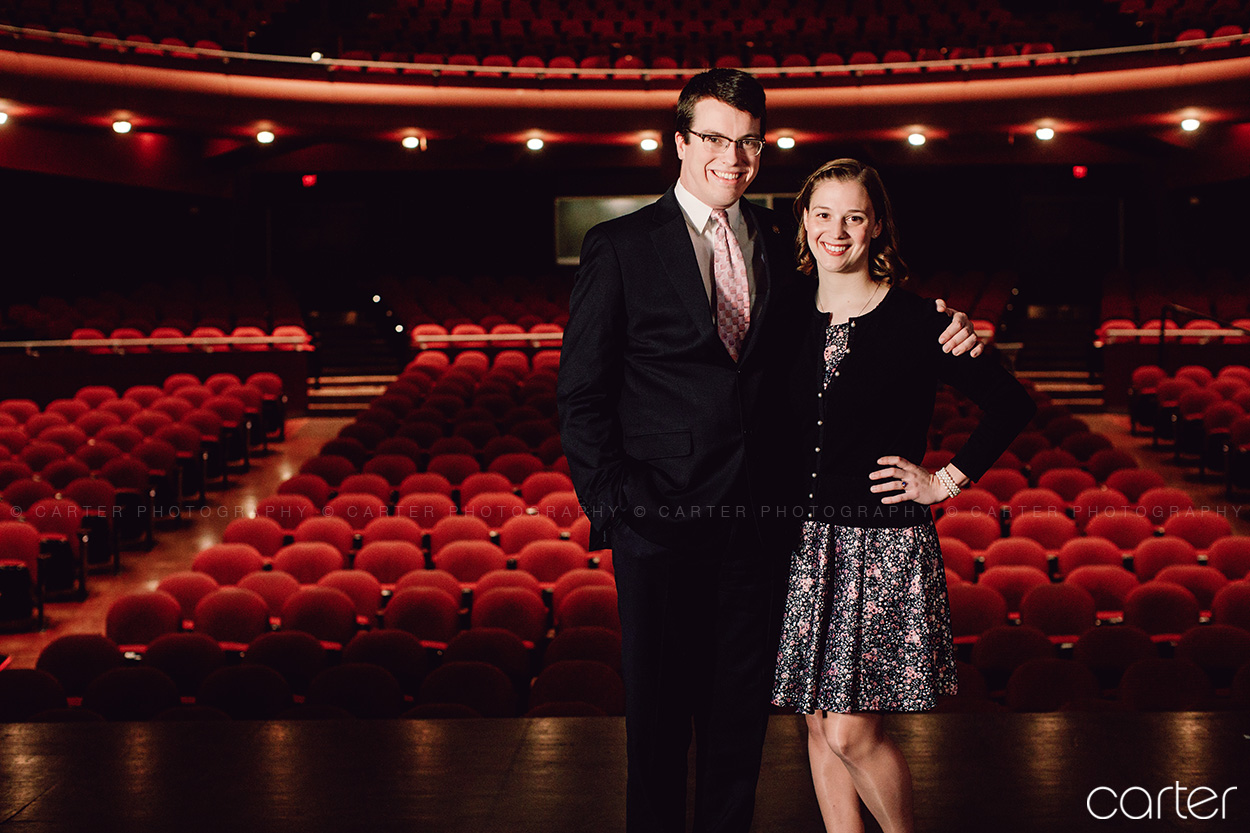 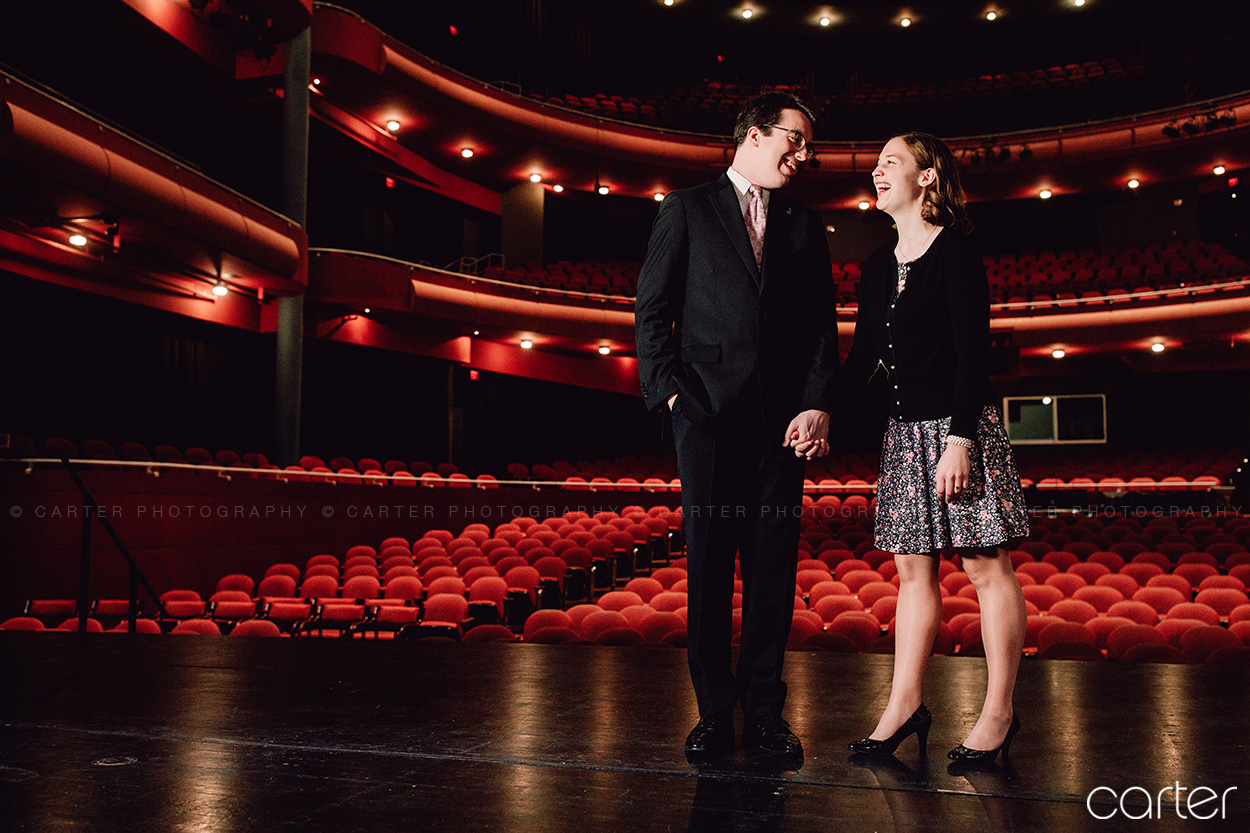 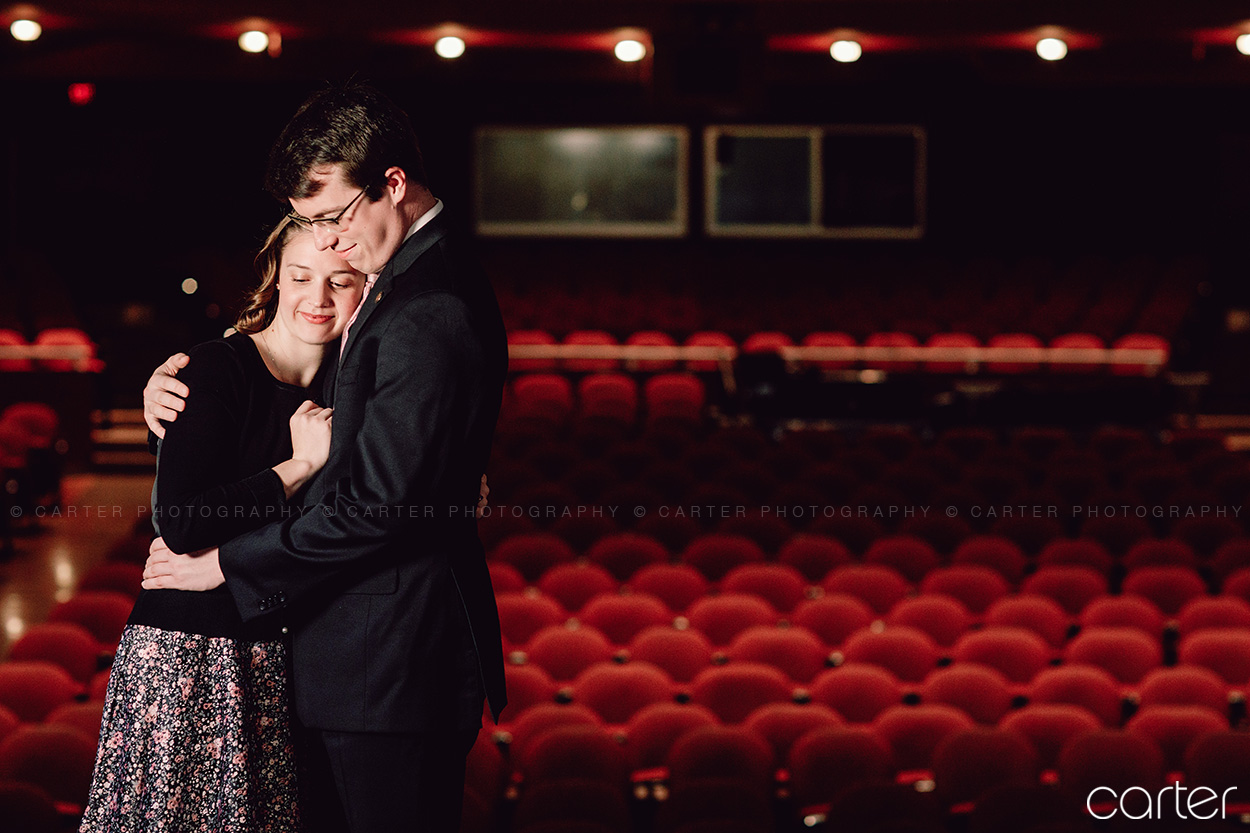 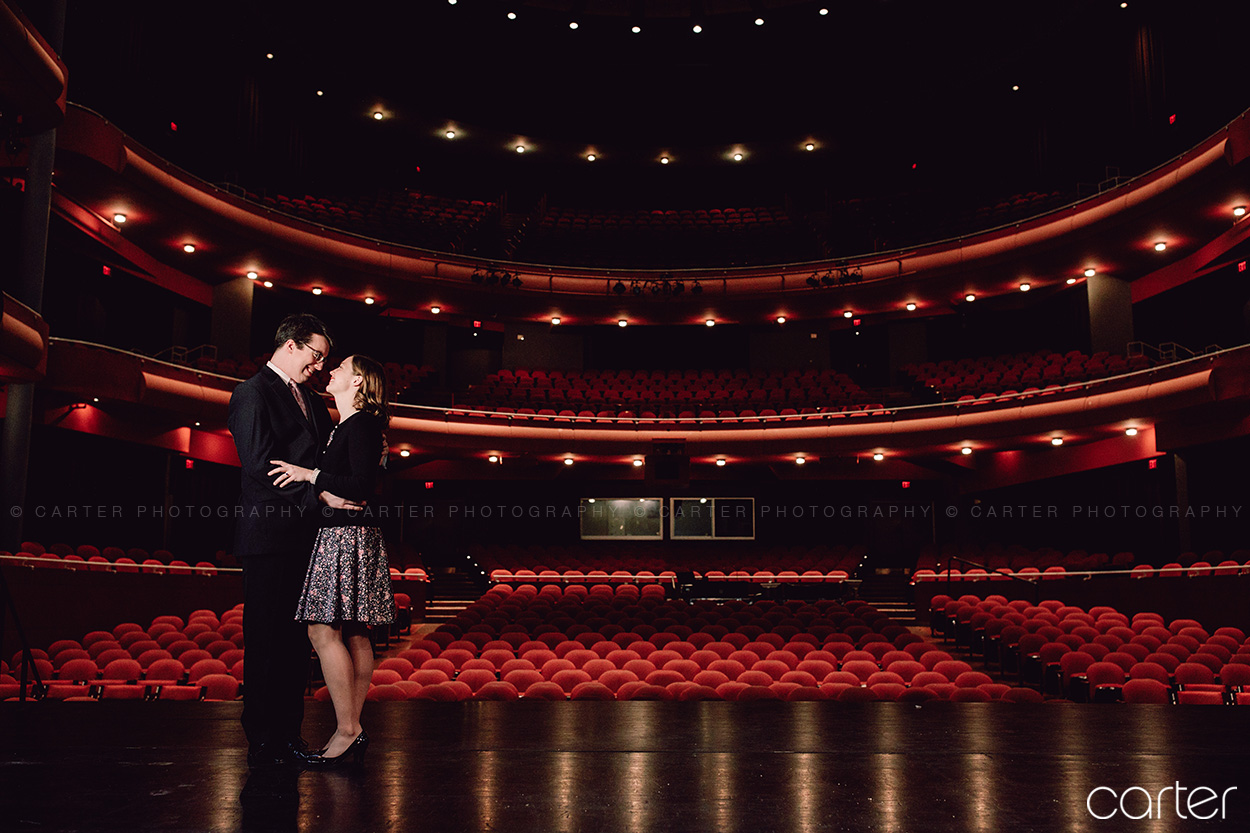 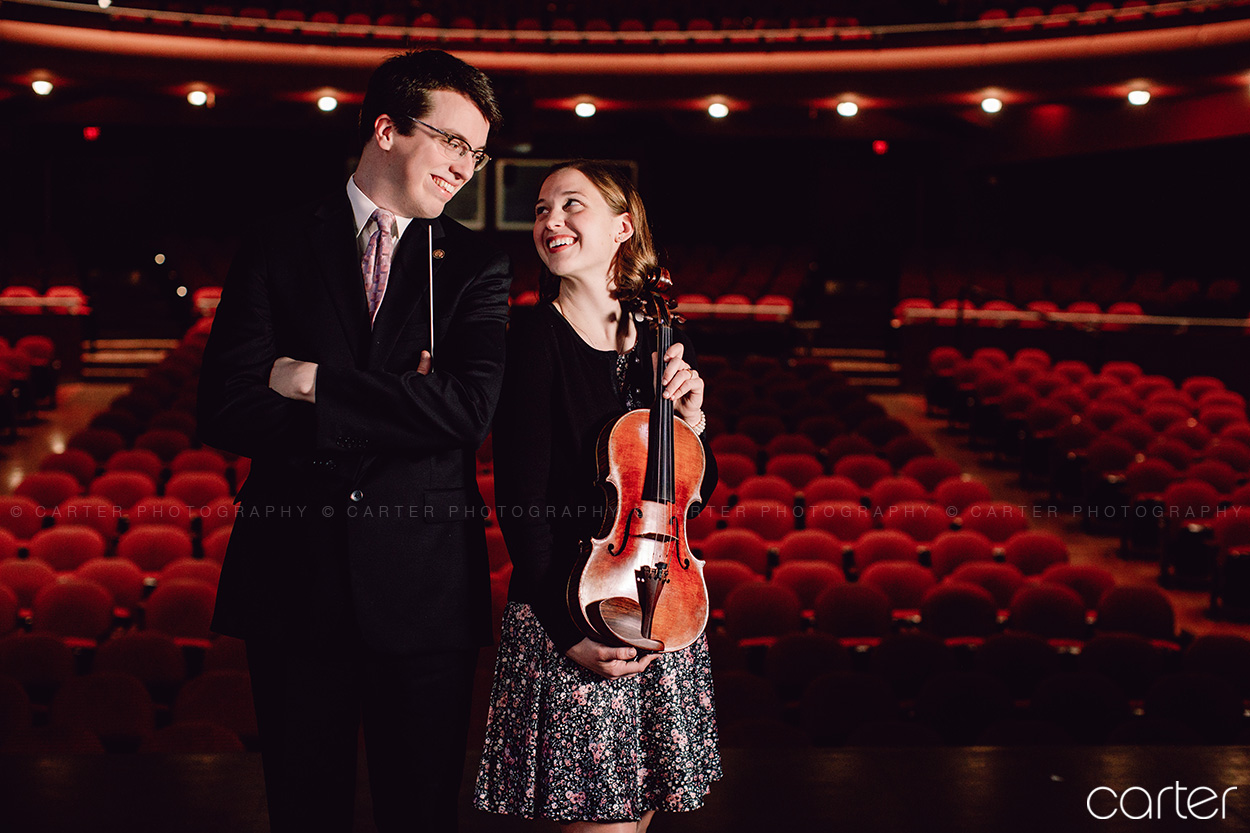 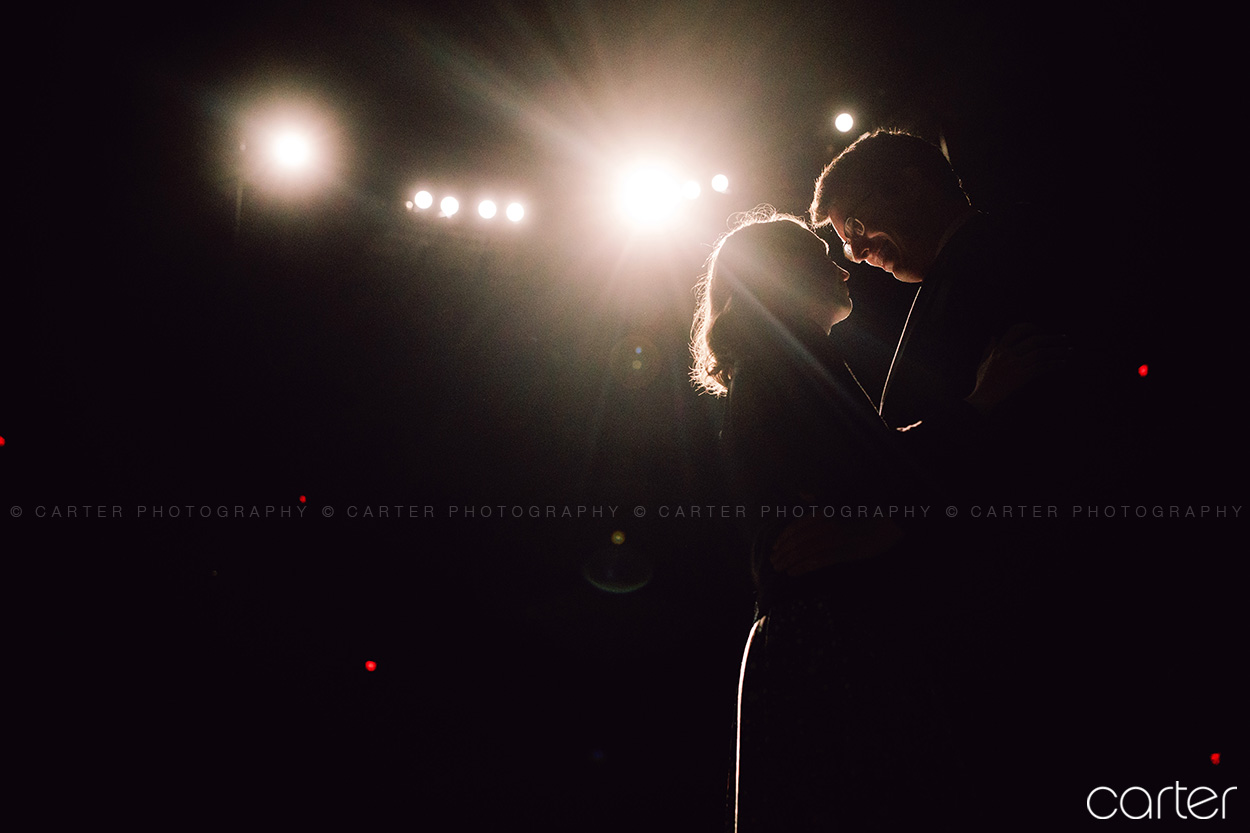 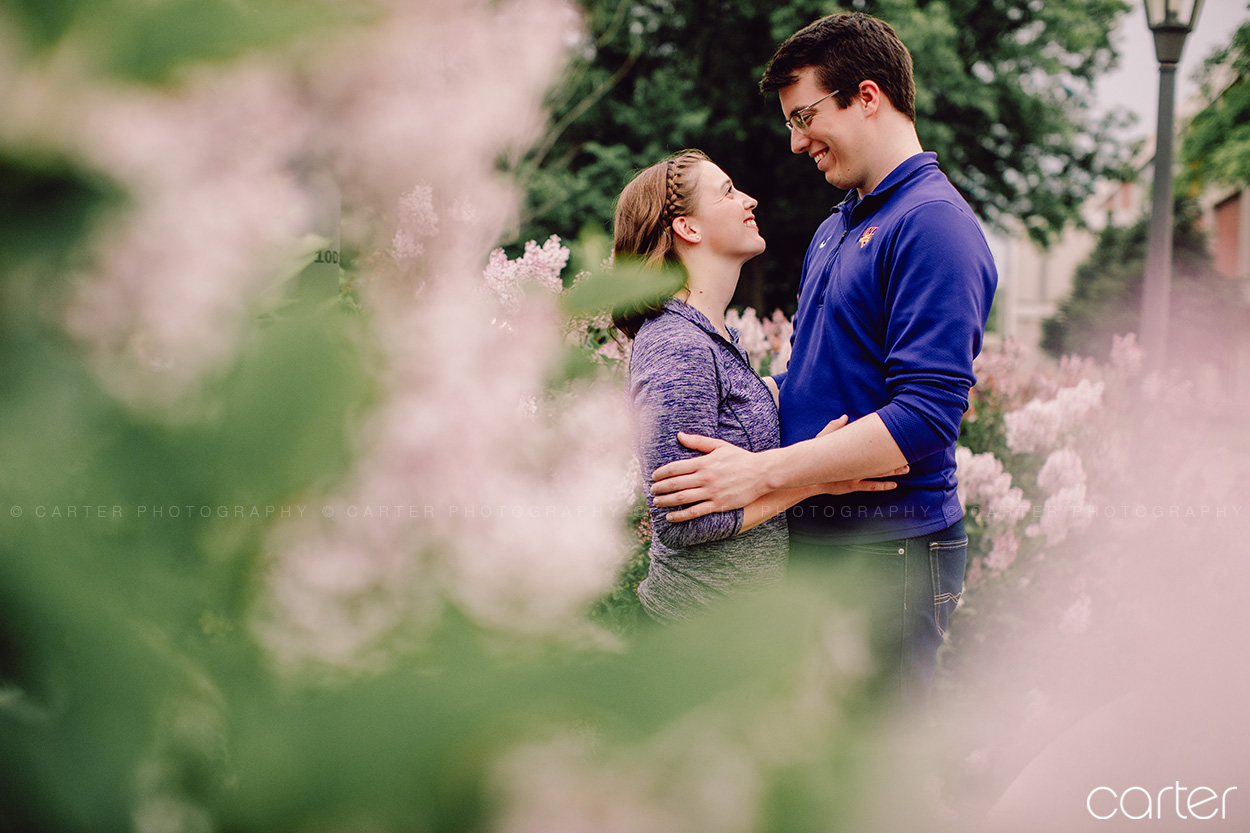 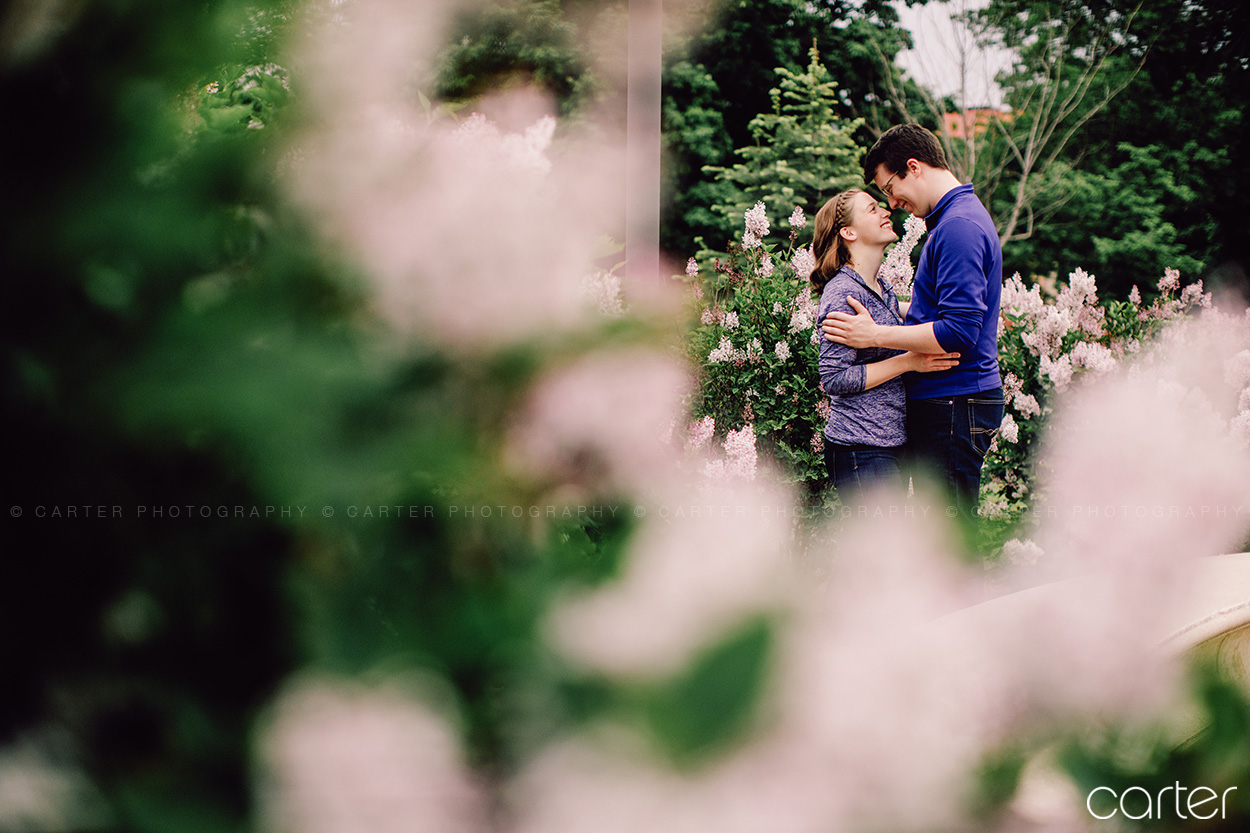 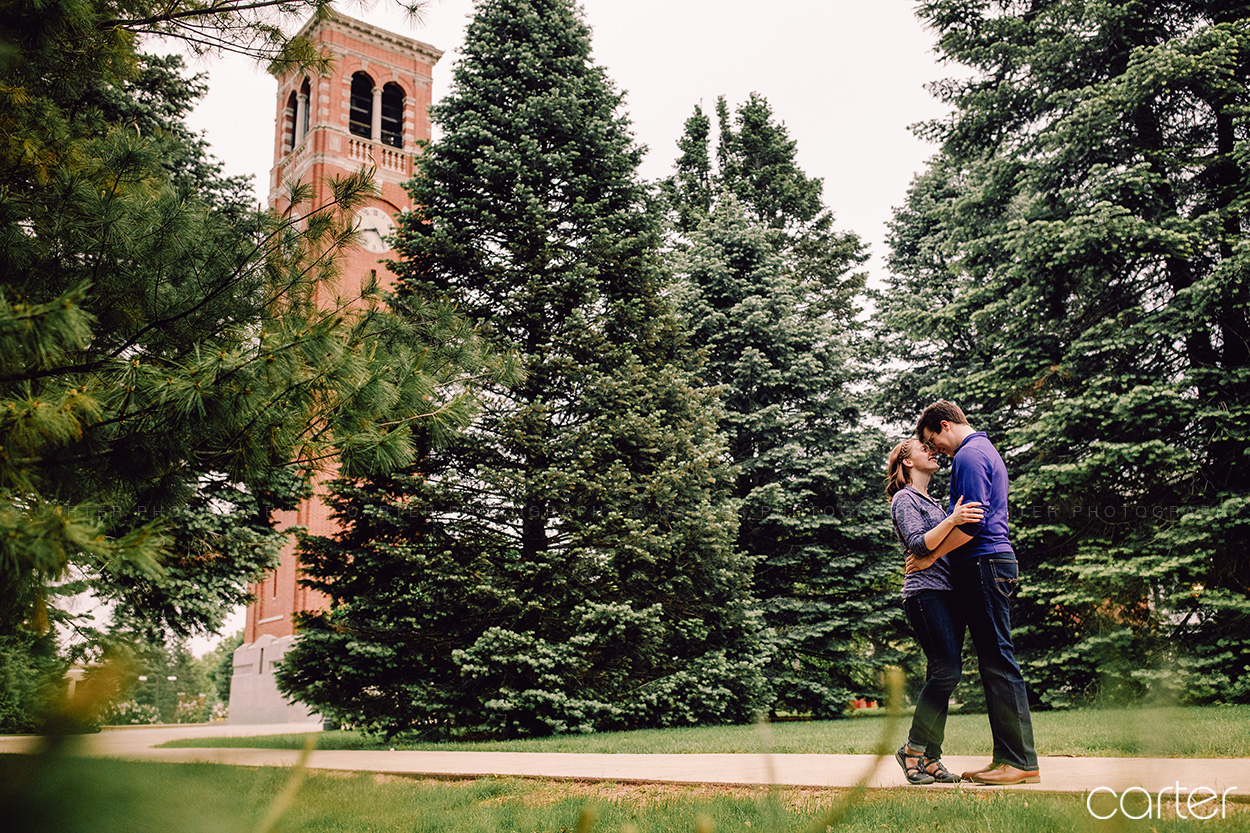 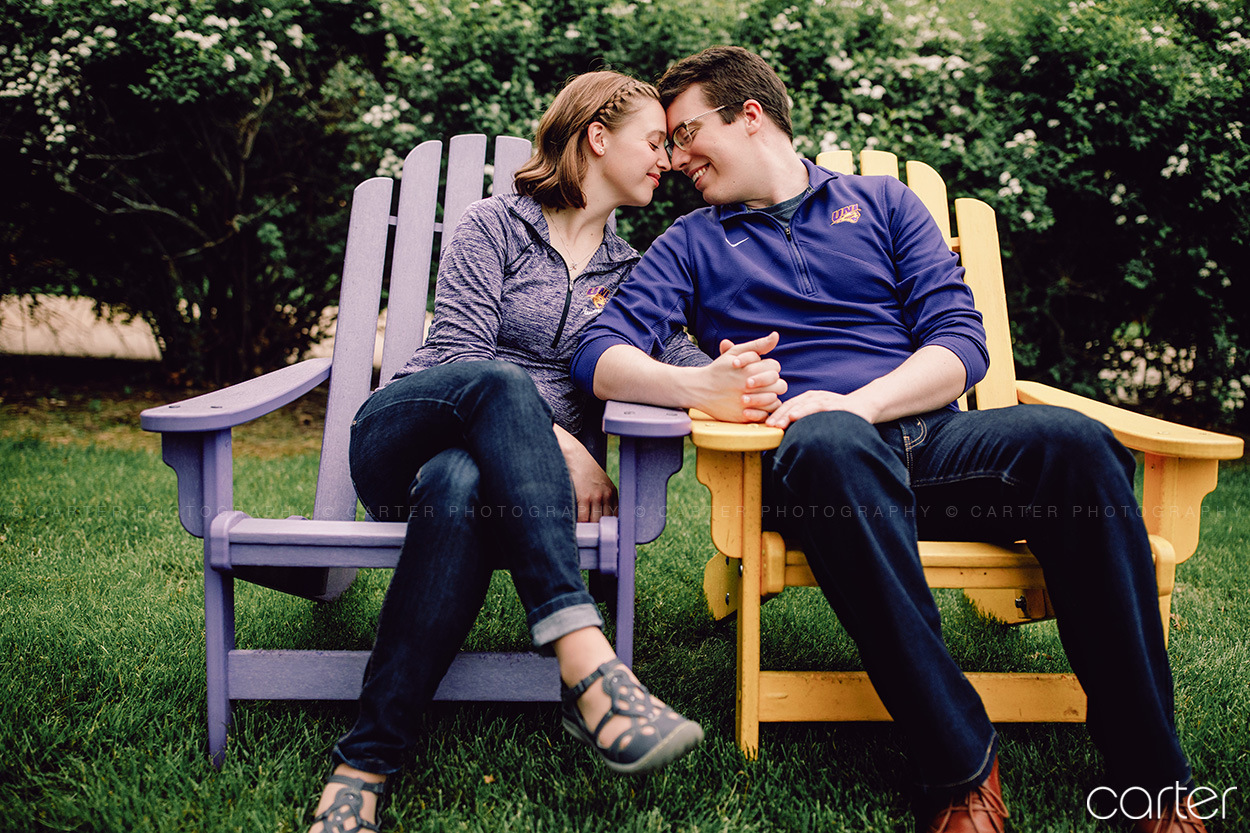 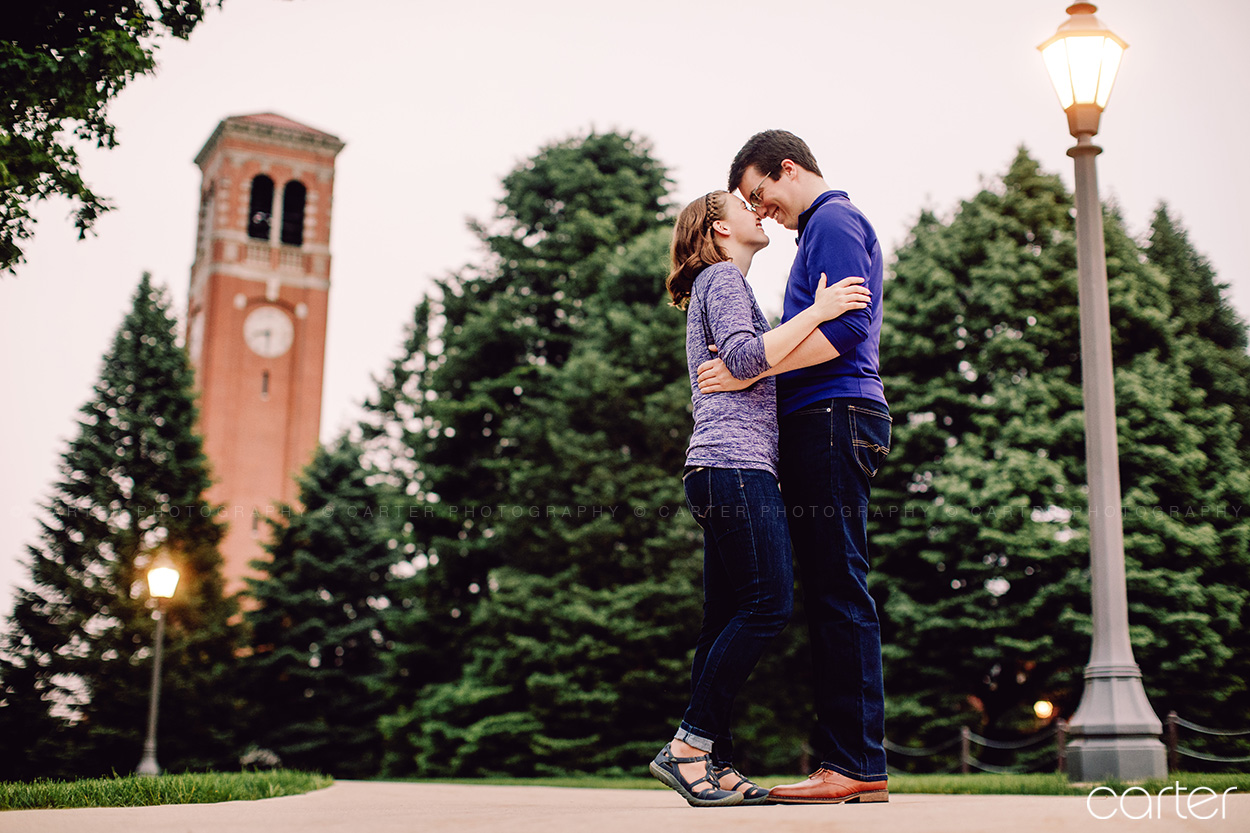 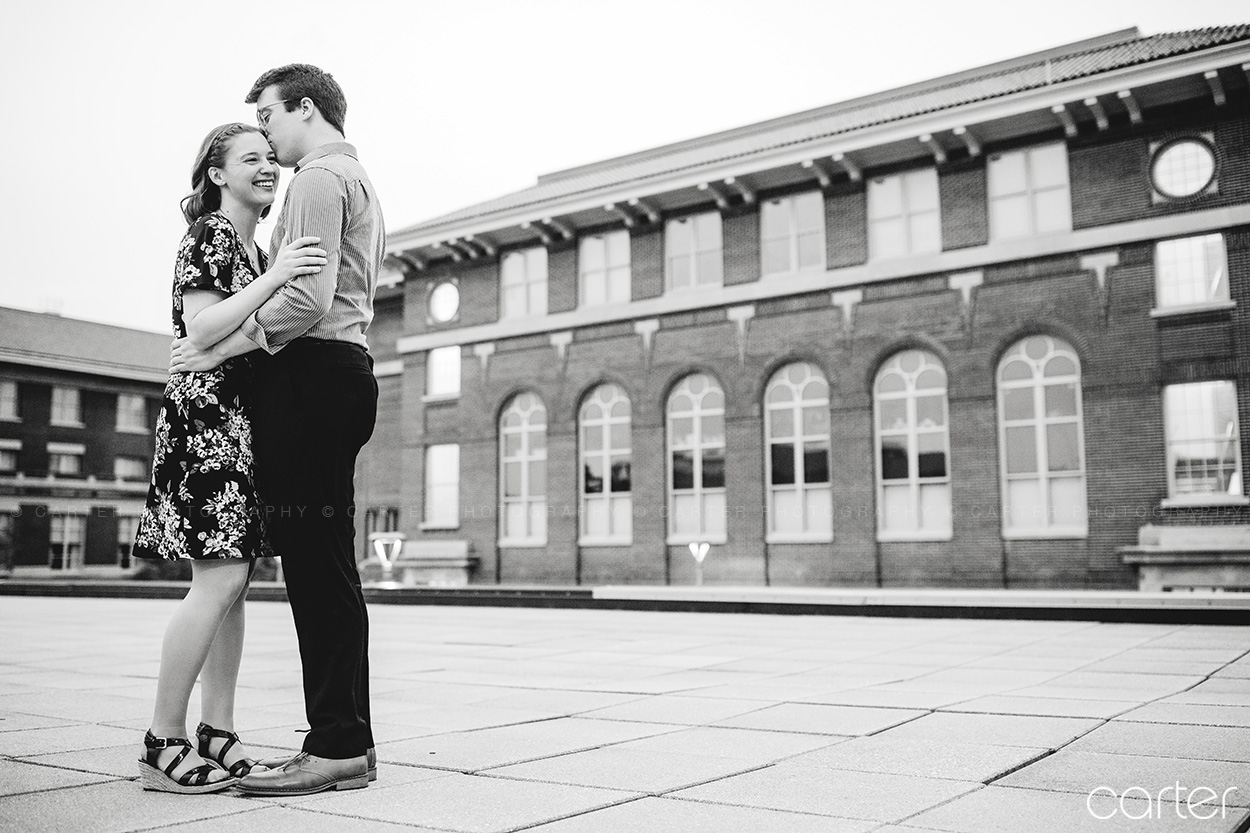 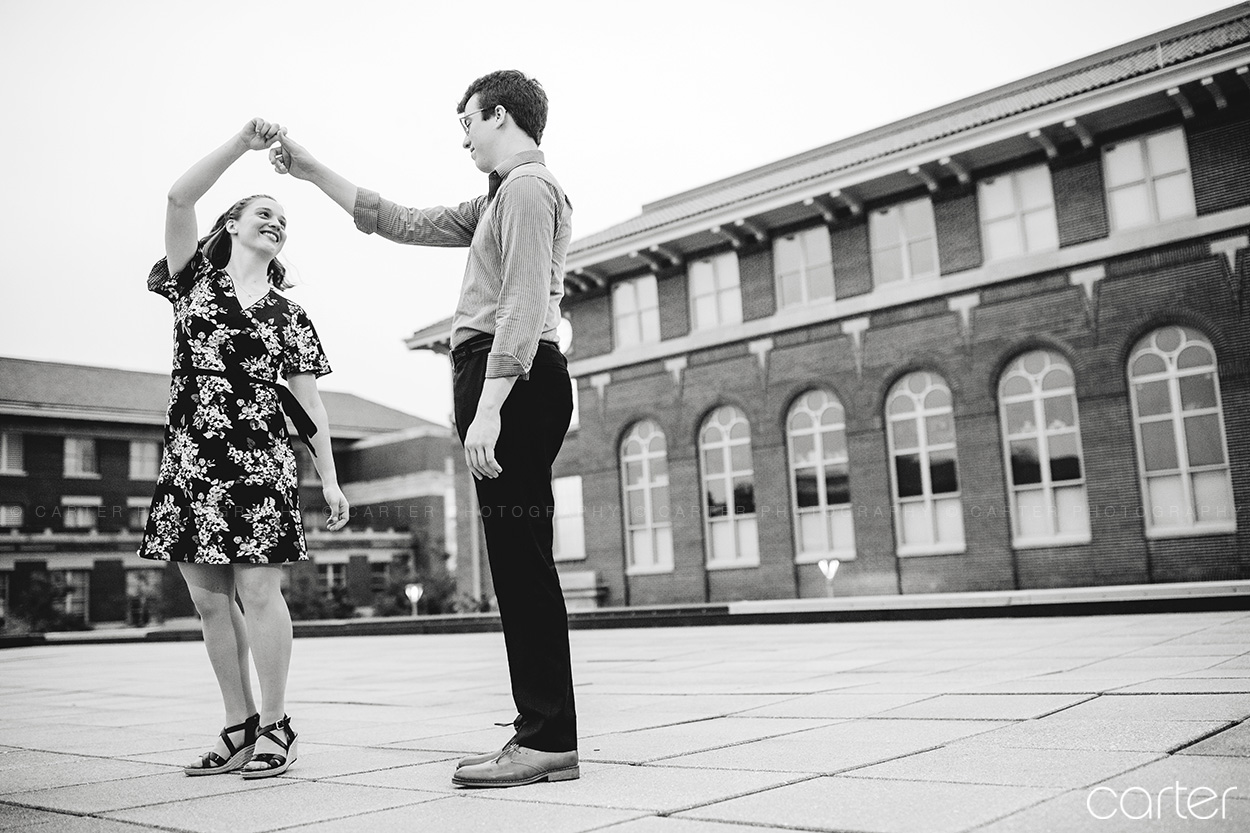 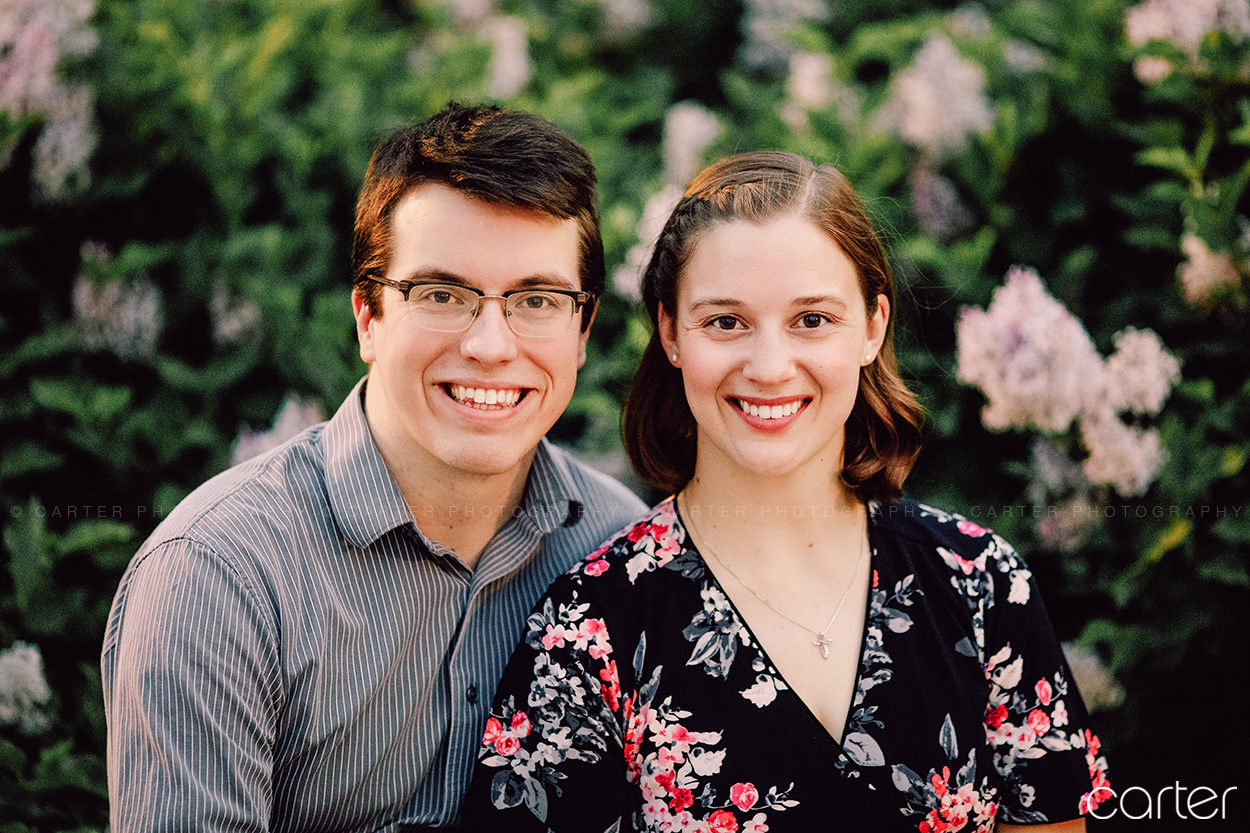 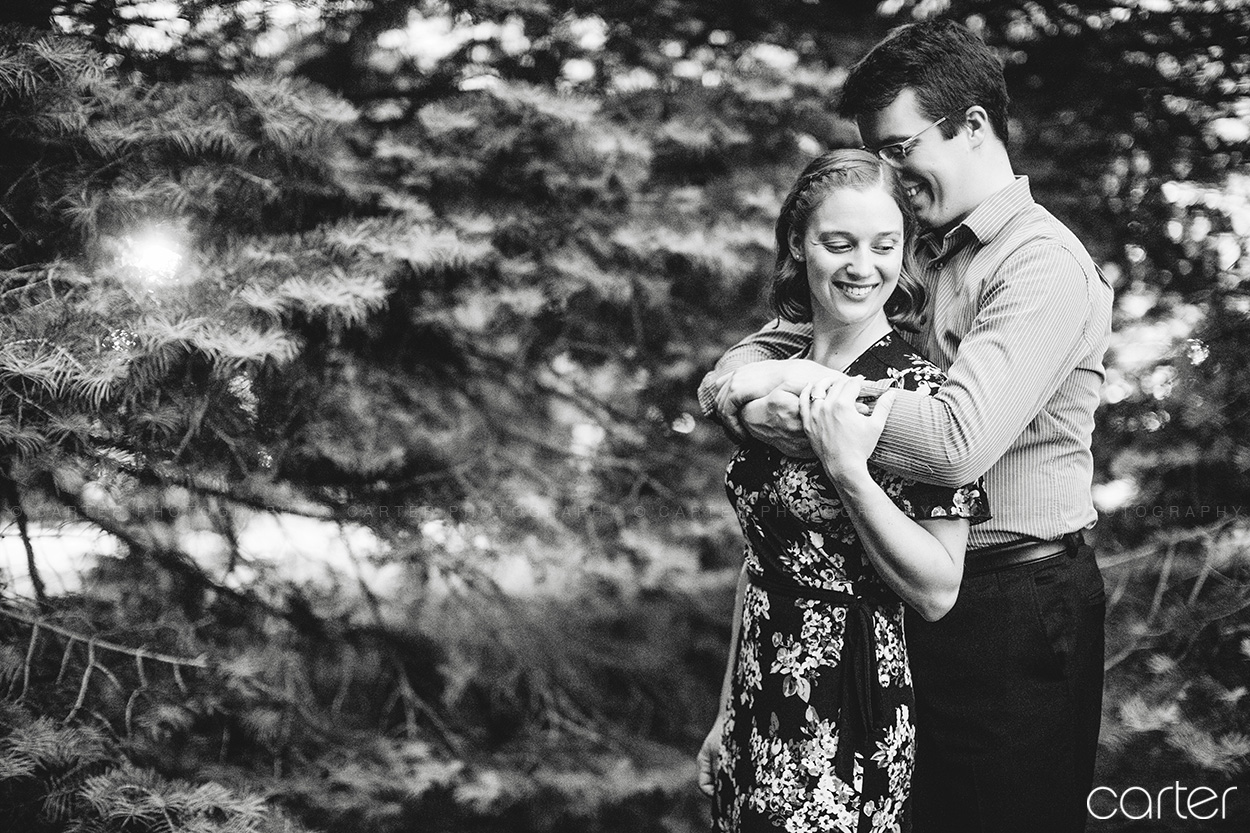