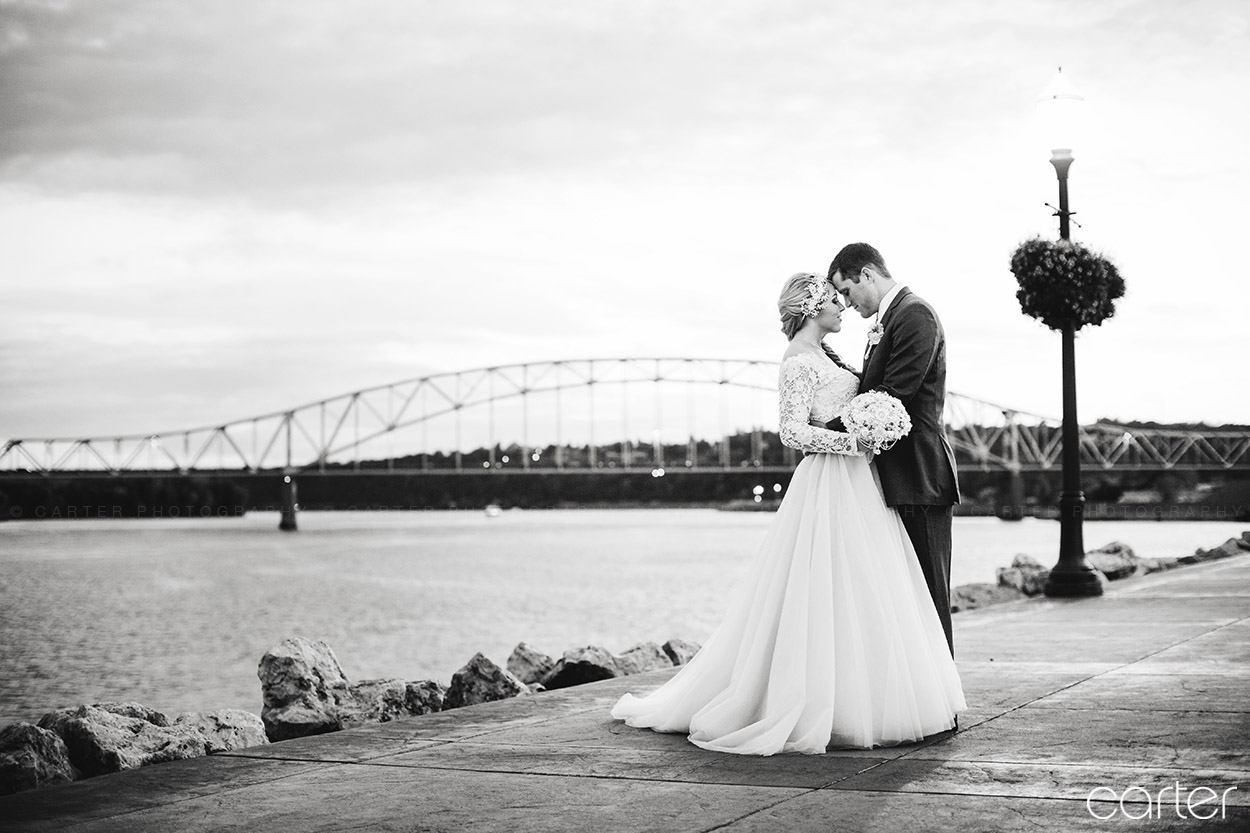 Ryan and Kat’s wedding was in the beautiful city of Dubuque and they spent time at some of the best venues the city has to offer for the different phases of the wedding day. The couple and wedding party got ready at the Four Mounds Inn that sits on a bluff overlooking the Mississippi River. The inn itself has lots of old character and charm throughout its halls and rooms. Their wedding ceremony was at the Grand River Center‘s River Room—with its massive windows that give you an expansive view of the river. After doing a few windy and chilly photos on the Riverwalk, we made our way to the reception at Stone Cliff Winery, just a couple hundred yards away. Stone Cliff has a ton of character with exposed brick walls and wine/brewing elements interspersed throughout the space. I really liked the photos we were able to capture in the winery during the reception—both because of the space, and of course, the people that were having a blast. Ryan and Kat, we really appreciate you having us photograph your wedding day! May you guys be blessed with love and happiness that lasts a lifetime!