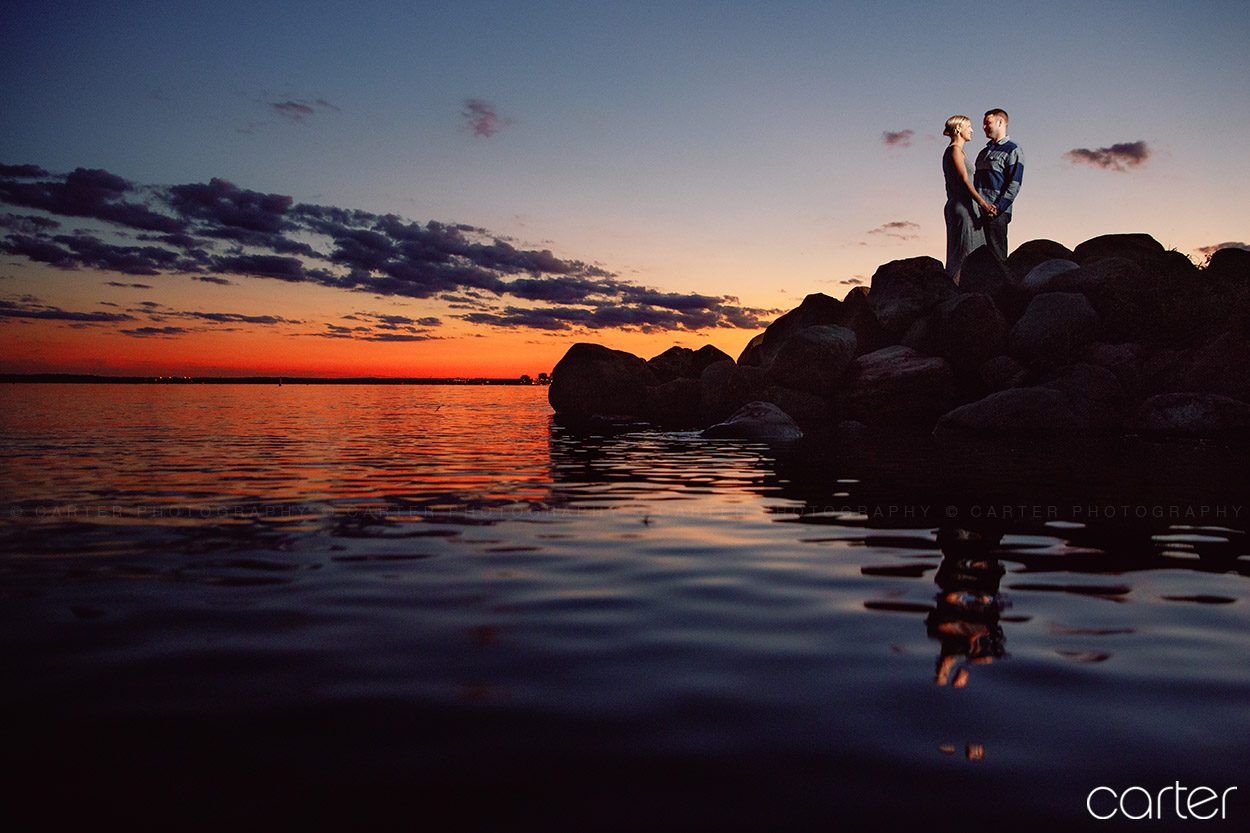 Lexy and Paige gave me the opportunity to come up to Madison, Wisconsin to visit a state I have never been in, and of course, take their engagement pictures. As I told them, I’m always excited to shoot in, and be inspired by, new places. Madison is sandwiched between two lakes, so the downtown area is gorgeous, but a little congested. Because of that, we were running a little behind on time, and we ended up shooting roughly half of the session after the sun had disappeared beyond the horizon. And I think that worked out well for us! I tried to get a distinctly Madison feel in the photos, capturing meaningful photos for them and concentrating on environments that were unique to Madison. So we started the session where Lexy and Paige met—The Old Fashioned bar downtown, and then journeyed to the beautiful capitol building. We stopped in front of Ian’s Pizza, where Lexy is a co-owner, and shot some around the Wisconsin student union, where Paige is finishing up her masters. We then traveled 30 minutes to the other side of the lake for sunset photos that overlooked downtown, to really take credit for the water. We finished shooting into downtown at night with the capitol again in the background, and ended up with what I think are some beautiful images!